The days of paired programming are slipping away. Paired programming is a development paradigm in which one developer drives the computer and the other developer sits back and watches. One of the greatest benefits of this setup is having an extra pair of eyes to let you know when you have made a syntax error or perhaps maybe even some fuzzy logic occurring.

Today, it is more common to practice mob programming. With mob programming, one developer drives the computer while a group of developers watch and offer up suggestions and ideas during this real-time development session. Professor Brad Yourth is practicing mob programming in the new CCIT Solstice Lab, located on the SPC Clearwater Campus. Students are introduced to this concept in their first programming course, COP 1000. 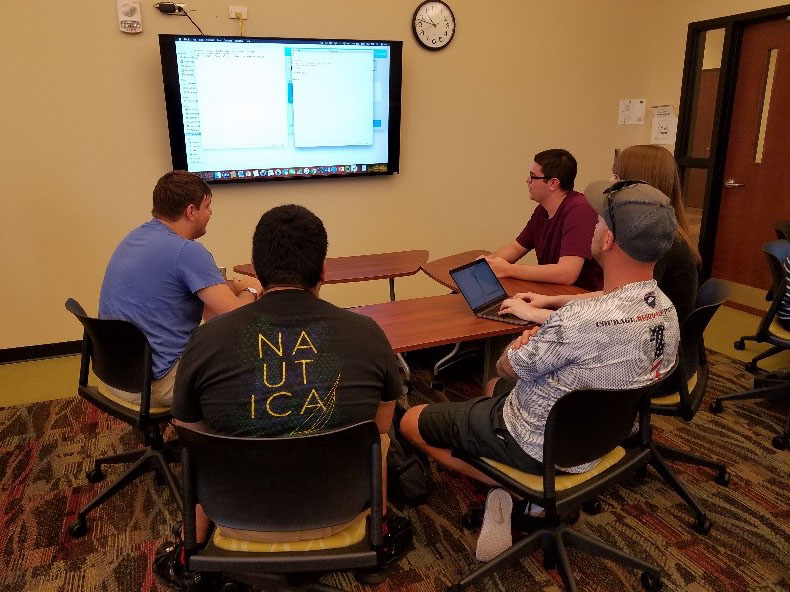 The CCIT Solstice Lab allows users to have wireless, simultaneous, interactive access to a real-time collaborative work environment. They can instantly connect, share control of the display, and introduce content to the environment from multiple devices.

Read all about the CCIT Solstice Lab and learn how it engages students in our previous blog post.

St. Petersburg College can prepare you to be a programming professional

Through mob programming and hands-on training, you will learn the basics of computer programming, databases, and designing web applications. All classes are taught in state-of-the-art computer labs with the most popular software and hardware. After completing this degree, you will be well-versed in the programming languages needed to create transaction-based computer applications.