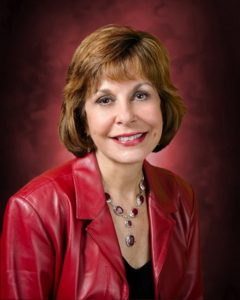 One day in 1981, three women went on a road trip: Maria Edmonds, Vilma Zalupski and Helen Gilbart – all women who’d broken the barriers of a male-dominated field of higher education and moved into leadership positions at St. Petersburg College. They drove to Miami to observe a new program they’d heard about. This program supported female college students to help ensure their success. For every mile of the four-hour drive back home, all they could think about, talk about and plan for was how they would implement a program like that at SPC. And so Women on the Way, which recently celebrated its 35th year, was born.

Ms. Edmonds, one of those pioneering women and the first Coordinator of Women on the Way, passed away this morning, January 19, 2017, at the age of 71 after a short but fierce battle with cancer.

Edmonds began her 28-year career at St. Petersburg College in 1976 as a psychology instructor at the Clearwater Campus of what was then St. Petersburg Junior College. She served on many college-wide committees, including Project Success, The Round Table of Scholars, The Learning Support Center, The SPC Sexual Harassment Committee and The Grievance Committee.

Her service to the college moved her through many positions over the years, including Coordinator of Women on the Way, a resource and support center dedicated to helping women succeed in college by addressing challenges such as time and resources. St. Petersburg College Chief of Staff Deborah Boyle said Ms. Edmonds’ tireless efforts to uplift women convinced so many to believe in themselves and their power.

“If you lined up all the women she helped, shoulder to shoulder, beginning with me, you wouldn’t be able to see the end of the line,” she said.

Ms. Edmonds also sat at the helm of Experiential Learning & Cooperative Education Programs, as well as serving as the Assistant Provost of International Education, for which she brought in millions of dollars in grant money, and worked as the Associate Provost of the Tarpon Springs Campus. Former St. Petersburg College President Carl Kuttler commended her for her contributions to the college in the resolution written for her upon the occasion of her retirement in 2004.

“Maria’s creativity and pioneering spirit assisted greatly in establishing the Clearwater and Tarpon Springs campus’ reputations for innovation, for providing for the needs of all students, and was instrumental in the campus’ diversification efforts,” Kuttler wrote.

Ms. Edmonds was not only a leader at St. Petersburg College, but also in the community. Over the years, she served as President of Leadership Pinellas and Treasurer and Secretary of the Foundation for Quality Public Service.

She also served as a Board member for Leadership Pinellas, The Junior League of Clearwater-Dunedin, The Tarpon Springs Chamber of Commerce, Tampa Bay YMCA, The Hispanic Advisory Board for the YWCA and the Pinellas County Library Cooperative.

In addition to her leadership roles, she also gave her time to an incredibly long list of local, state and national organizations. Her dedication to service earned her many honors, including the UNO Amigo Award for service to the Hispanic Community, a Distinguished Leadership Award, the TWIN Award (Tribute to Women in Industry), Women Honoring Women Award, Human Rights Category, the Susan B. Anthony Award, Women’s Educational Rights Category, and the Challenge Award given by the State of Florida for services to the handicapped.

After her retirement in 2004, Edmonds remained a key figure for SPC as an advisor to the International Education program and the Women on the Way Center, and she remained an advisor to SPC President Bill Law on matters related to the college’s service to the Hispanic community.

“Maria served SPC with great distinction, enjoying a highly-respected career at both our Clearwater and Tarpon Springs Campuses. I often conferred with her after her retirement,” Law said. “There are just not many people who are as well respected, serious minded and committed to service as she. Maria will be greatly missed by the college, as well as the entire community.”

Mrs. Edmonds is survived by her mother, Cruz María Montes, husband, David, daughter Leza Ries (Mark) and three granddaughters. She had several pet projects, so in lieu of flowers, donations may be made in her name to the Pinellas Community Foundation. The Foundation has set up a fund to support three charities that she championed: Hospice, the Gabe Cazares Memorial Scholarship at St. Petersburg College, and the Hispanic Outreach Center. For further information, please contact the Pinellas Community Foundation at 727-531-0058.

“Maria gave more in her tragically-shortened life than many people would in three lifetimes,” she said. “She was a beacon of generosity, kindness, insight and brilliance. I thank God for her presence among us all – particularly with the hundreds of students whose lives she affected in such a positive and memorable way.”